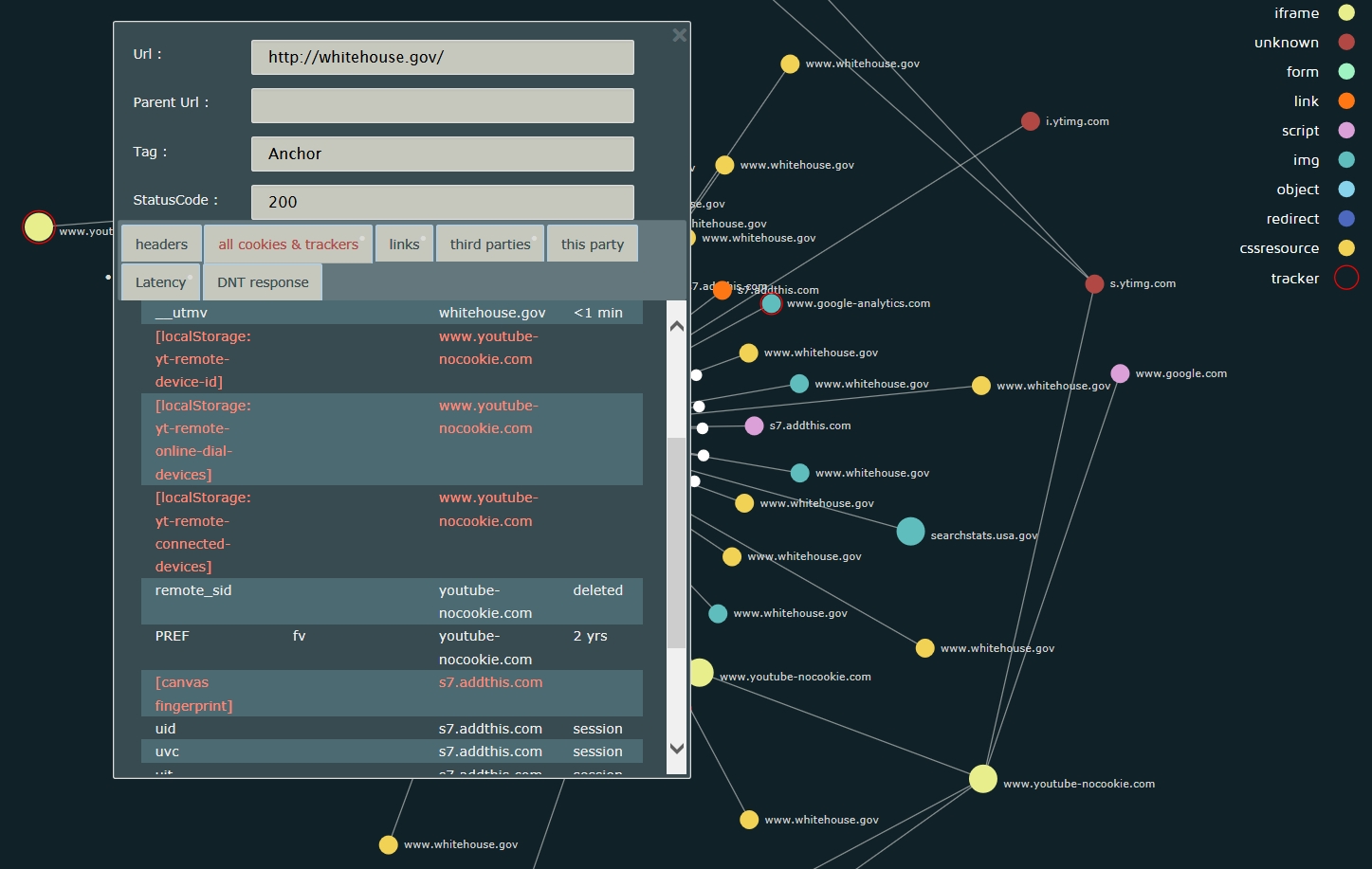 The AddThis script is no longer using canvas fingerprinting on any of the sites we have looked at. In July we found many sites that were using this technique, including the White House and the UK Labour Party.

Click on one of the links above to see a live scan (it can take a few seconds to load), then click on a central white circle and select the "all cookies & trackers" tab. Scroll down through all the trackers (these show actual behaviour designed to track individuals, not just arbitrary third-party script libraries that other audit tools detect). The canvas fingerprint tracker is towards the end.

Here are our current scans of these sites, showing the AddThis third-party is still there, but without the canvas fingerprinting:

The White House and The Labour Party